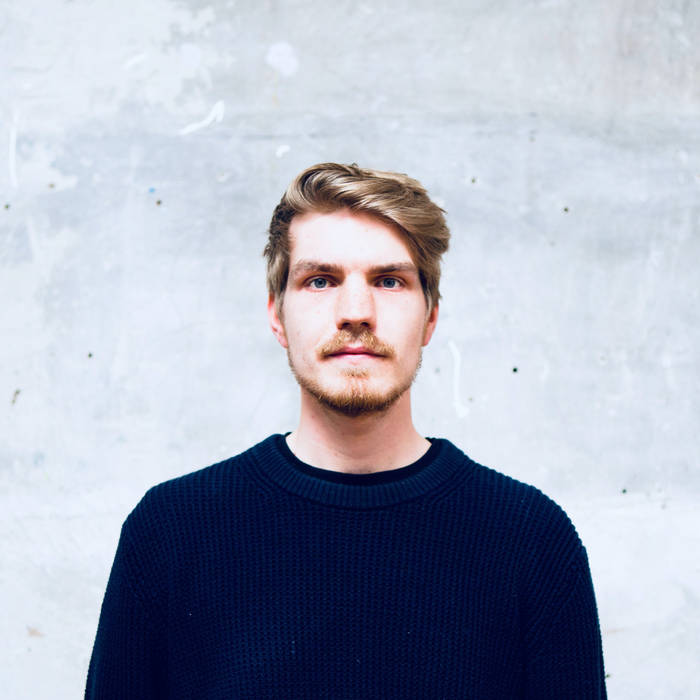 "'Marking Time' is the result of a spontaneous recording session of just a couple of hours in the Amsterdam based 'Workship'. The recording represents the state of being in the moment and making intuitive and emotional choices about where the music has to go next.

In these times I often find myself stressed about the speed and, at the same time, lack of time passing. This led me to experiment with different improvisations on guitar, never longer than four minutes. You could say this album is the direct result of this 'marking time' of mine. Although marking time is mostly explained as a negative phenomenon, I think the opposite could be achieved by allowing yourself to experience time in a different pace. This is one of the most beautiful elements of music to me, both as a listener and a performer.

This album consists of two improvisations and my composition 'Four and a Half pieces for Solo Guitar'. Every movement of this composition is dedicated to musicians and composers I have grown to love. The first movement (I. Prelude) is dedicated to the lyricism of Hector Villa-Lobos, whose melodies are extremely refined for the guitar. For the second movement (II. Theme on a Variation on a Theme) the inspiration came from the daring and complex use of rhythmic structures of Reinier Baas. The third movement (IIIa. Distancing) is more texture centered. It includes some of the extended techniques of classical guitar such as a chant song sung from a distance; it is just too far to hear the proper pitches, which gives it a slightly alienated touch. The third movement is connected to the track IIIb. Meditation. This alternative third movement starts to create the illusion that it was taken from a Partita by J.S. Bach, but the melody turns another path rather soon resulting in some fusion-like chords that could have been used by Allan Holdsworth. The fourth and final movement (IV. Brobrobro) was inspired by the minimalistic melodic approach of guitarist Jakob Bro. It features the more triadic sound of the guitar, which leads to being very picky about what note to choose to make the guitar really sing. This results in an acoustic folky tune. This collection of four and half pieces is a very personal tribute to some of my biggest guitar heroes.

'Spreeuwenballet' is a work composed by my dear friend William Barrett. William wrote various beautiful compositions for the band 'Vondelier', but this specific work has always had a special meaning to me. I love the way the melody and the harmony are perfectly combined as equals, with a strong emphasis on interpretation. Finally, there is 'Body and Soul' composed by Johny Green. Such a classic in the American Songbook with a melody that resonates with everyone, which is why I felt the freedom to give my perspective on the harmony."

Bandcamp Daily  your guide to the world of Bandcamp